DJ at the Prado 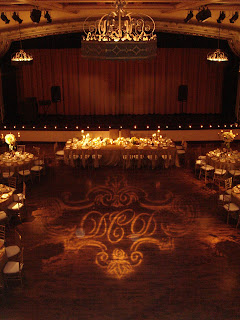 Danny and Diana had a big party for their wedding at the Prado in Balboa Park. I provided Traditional DJ, Dance Lighting and a custom Gobo projecting their initials in light on the dancefloor.

Danny told me in our initial meeting that he really wanted a lot of 90's and current music, everything from hip hop to 90's house music. He and Diana both understood the value of playing some music to appeal to the parents and grandparents so I played some old school and of course some latin. Cumbia, Merengue and even some Banda, they were a great crowd and danced for almost 3 hours after dinner and the other formalities were finished.

I know some DJs play the same "set" week in and week out, varying only slightly for requests, I honestly can't imagine not offering my clients that flexibility of playing the best songs for their guests. I do find myself playing some songs more than others but never as a preplanned set.

If you are looking for a location to have an event, you can't go wrong with the Prado. If you've ever been to the Prado restaurant... their special event catering is even better, I don't know what they do differently but The Prado is right up there in the top 3-4 on-site caters in San Diego.

Posted by Spencer Bezy - Mobile Music Plus at 12:23 AM No comments:

I recently had the pleasure of being a guest speaker at San Diego State University to the Hospitality Tourism Management program students. It was a great group and it was nice to meet some of those future Catering and Sales men and women that I'll be working with in the years to come. The photos were taken and provided by Justin Hulse of Hulse Photography, the other guest speaker for the group. 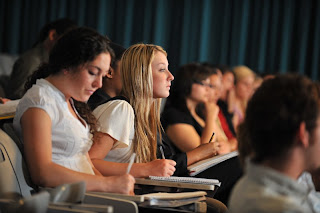 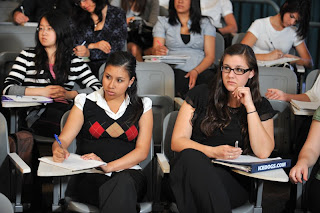 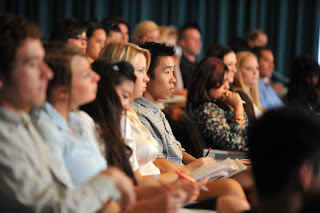 Photos by: Justin Hulse
Posted by Spencer Bezy - Mobile Music Plus at 12:40 AM No comments:

1 of our Lip Sync Contest Groups 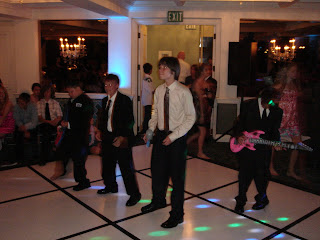 This was a great party! My 2 best dancers, Jonny and Lexi were on their 'A' game. This party was for about thirty 12-13 year olds and about 35-40 adults. We brought in blue uplighting along with some dance lighting. It really helped bring the room's decor together. A few games, candlelighting, a slide show all followed up with a great dance party for both the adults and kids.

If you're planning a Bar or Bat Mitzvah you really have to take your time and find the right entertainment. Whether it's a DJ, Video DJ or a Band, the right entertainment is crucial to the outcome of the party. As the client or buyer, you have to be honest about your expectations for the party. Do you want a casual event for the guests to visit with each other, do you want to throw the best party you or any of the guests have ever been to or something in between? Will you be happy if the guests don't dance and party? If you are creating a casual hang around style party then you can probably get by with some minimal entertainment options. If you are throwing an all out Celebration, you need to invest more in the entertainment, therefore further ensuring that the rest of your investment in the party is protected. I've heard from people who chose to hire a DJ based on price and not necessarily quality, and one of the things they all say is that they wish they would have set aside more of their budget for entertainment.

Posted by Spencer Bezy - Mobile Music Plus at 12:18 AM No comments:

I'm proud to have been a sponsor of the San Diego and Carlsbad MS Walk-a-thons for the past 10 years. I provide music and make announcements at the rest stop. This gives the walkers a chance to rest, get water, energy bars etc. before walking the remaining part of the course to the finish line. It gives the walkers a pick me up, they even dance as they pass by. Most years the amount raised at each walk increases. In this slow economy I don't know if we'll set a new record this year but the enthusiasm was certainly as high as ever.

Posted by Spencer Bezy - Mobile Music Plus at 1:57 AM No comments: 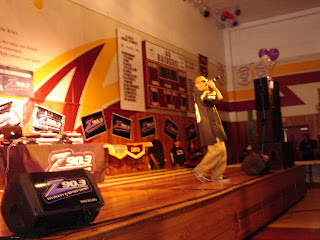 Having been a mix DJ with Z-90 and still with sister station Magic 92.5, I've become somewhat of the go to person for on location Sound Systems. Z-90 periodically conducts contests for the local high schools to win a free concert at their school. The date and artist are always kept a secret until the last possible moment. But it's always either the Hot artist with the hot new song or sometimes a classic artist with a long list of smash hits. Past artists include Paula DeAnda, Lil Rob, Soulja Boy and Warren G. April 3rd San Diego's own Lil Rob returns and puts on two 20 minute shows for the students of Southwest High School and Mobile Music Plus was there to make it all come together. Delivering a 6000+ Watt sound system the concert was a huge success.

Posted by Spencer Bezy - Mobile Music Plus at 1:07 AM No comments: 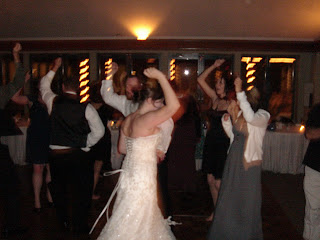 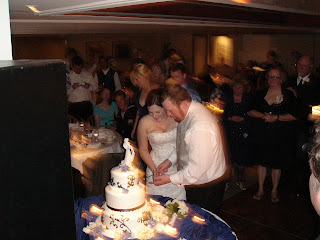 This was a great Sunday evening wedding. The guests danced and had a good time, the bride was very happy and made their planned Exit at 9:30.
Posted by Spencer Bezy - Mobile Music Plus at 12:18 AM No comments: